Bombay Quadrangular and rise of Cricket in Bombay 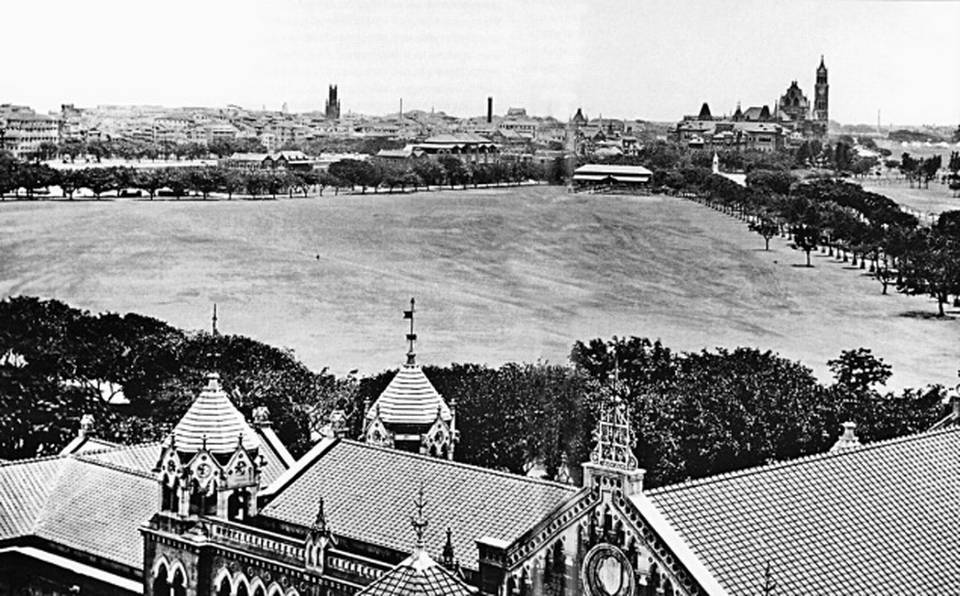 Bombay Quadrangular was one of the most cherished pastimes of colonial Bombay. The roots of the tournament can be attributed to Parsees and European rivalry which extended to Hindus and Muslims, thus making it a quadrangular tournament based on community.

Parsees were the torchbearer of Cricket in Bombay owing to a British school teacher Boswell who introduced the game in a local city
Oriental Cricket Club was established in 1848 to cater to the increasing popularity of sports. The joy was short-lived as it was closed in just two years and Zorastrian Club came in 1850 followed by many clubs such as The Mars Club in 1860, the Spartan Club in 1865, and the Young Zorastrian Cricket Club in 1867. In between these events, Hindus formed their own club in 1866 called Union Cricket Club. Bombay Gymkhana played against Parsees in 1877 at Gymkhana Ground, Bombay also called Azad Maidan and Esplanade Maidan. The match was won by Parsees on the basis of the first inns lead of 47 runs. This was historical in the sense it lead the proposal of Parsees touring England and Australia which was eventually called off. The major setback for Europeans was when Parsees won the 1892/93 Bombay Presidency 1-0. Europeans won the next year tournament 1-0 and draw the 1894/95 edition. The 1905/06 was a landmark moment in the Bombay Presidency tournament as Hindus for the first time participated in the league after mediate from Europeans. 8th February, Hindus lead by Mehta consisted of the famous Palwankar brothers won the match defeating Europeans by 106 runs. This turned bilateral rivalry into a triangular tournament as next year first edition of the Bombay Triangular was held which was won by the Europeans.

The first Muslim cricket club known as Mohammedan Cricket Club came into existence in 1883 at Parade Ground, presently Cross Maidan in Bombay. The triangular tournament now transformed into Quadrangular in 1912. The Hindus and Mohammedan matches were one of the most fierce contest at that time. The monsoon forced the tournament to be shifted to October and November. The neutral umpire came into existence in this tournament.

CK Nayudu India’s first Test captain was among many other prominent cricketers who came out of this tournament. The 1923 Quad­ran­gu­lar tour­na­ment final was played be­tween Hin­dus and Eu­ro­peans.Ra­machan­dra Guha gave an ac­count of the final match played be­tween Hin­dus and Eu­ro­peans in the 1923 Quad­ran­gu­lar tour­na­ment

The Eu­ro­peans post­ed an im­pres­sive total of 481. The Hindu reply was built around a com­posed and as­sured hun­dred by cap­tain Pal­wankar Vithal. With D.B. De­od­har and Nayudu also scor­ing half cen­turies they reached 475 all out. Three full days of crick­et had passed, watched by a large and ap­pre­cia­tive crowd.
‘Every inch of space was oc­cu­pied and the crowd at the tree end was at least ten deep. Every pavil­ion was full and hun­dreds were watch­ing the game from house-tops, while some were perched on trees.’ Dur­ing the part­ner­ship be­tween Vithal and Nayudu, wrote one re­porter, the crowd clapped so much that the sound ‘was sim­i­lar to the sound of sea-waves dash­ing to the shore’.
At the con­clu­sion of the Hindu first in­nings, only one day’s play re­mained. The Eu­ro­pean cap­tain, Travers, now sug­gest­ed that since a re­sult was im­pos­si­ble they might as well call it a draw. Vithal an­swered that since 20,000 fans had come to watch the match, they must play it out. The Eu­ro­peans went in again and (spin­ner) S.M. Joshi took 7 for 39 as the Eu­ro­peans crum­bled to 153 all out.
After Joshi’s mag­nif­i­cent spell of bowl­ing, the Hin­dus re­quired 162 runs to win. Two hours of play re­mained. Now Vithal played an­oth­er mas­ter stroke. In­stead of the wick­et­keep­er-bats­man J.G. Navle, a care­ful and or­tho­dox play­er, he sent the big-hit­ting C.K. Nayudu to open with K.G. Pardeshi. Nayudu smashed the ball all over the park, and out­side it. One six land­ed on the Bom­bay Gymkhana pavil­ion, an­oth­er one on the Waud­by Road. Pardeshi also scored at a brisk pace. When Nayudu was dis­missed, 20 runs were left to get. The cap­tain pro­mot­ed him­self, and hit three slash­ing bound­aries as the Hin­dus won in a can­ter.

Gandhi saw the popularity of tournament a dwindling force in national integration predominantly due two reasons, one that the team was based on religious identity and other this was somehow negating the difference between master (British) and common citizen of British ruled India. Bangalore Kanickam was initially drafted by Hindus but was later found to be Christian so terminated. The Europeans on the other hand do not want any native Indians in their side as as consequence there was no option but to quit for Bangalore lad. Gandhi’s Salt Satyagraha and its national wide impact forced the cancellation of the tournament for four years from 1930-34.

Although in between these agitation Gymkhana hosted the first-ever test in Asia as team India lead by CK Nayadu and England by Jardine of the infamous bodyline Ashes. England won the match by 9 wickets

The ever increasing popularity of quadrangular led to further expansion with the inclusion of ‘The Rest’ team comprising of Jews, Indian Christians, and Buddhists. The first Pentangular was played between Europeans, Muslims, The Rest, and Parsees as Hindus boycotted on account of the number of seats in Brabourne Stadium. The Indian freedom struggle intensified and after Independence, it was discontinued and was replaced by a decade old Ranji Trophy.

The most closely fought out finale was in the year 1944, which Muslims won by 1 wicket. Hindus lead by Vijay Merchant won the toss and elected to bat first, Muslims skipper was Holkar’s famous cricketer Syed Mushtaq Ali.Hindus batting first put on 203 runs on the board with Vinoo Mankad and Sind stalwart Gogumal Kishenchand scoring half-centuries each. Amir Elahi, Lahore born from Muslims bagged five wickets. Muslims had a great opening stand of 90 runs between Khanmohammad Ibrahim and Anwar Hussain. Sarobindu Nath(Shute) Banerjee dismissed both openers, but Gul Mohammad 46 runs gave Muslims 18 runs lead. CS Nayudu brother of CK Nayudu was chief wrecker with five wickets. Kishenchand stuck brilliant 118 runs and his partnership with skipper Merchant was reckoning force in Hindus scoring 315 runs. Muslims in the chase were at one stage struggling at 164/7 needing 134 more runs to win. KC Ibrahim unbeaten 137 runs and useful contribution from the lower-order saw them overhaul the target by 1 wicket. This edition European was lead by Hardstaff and also had likes of Denis Compton.

The squad of Bombay Pentangular 1944/45 edition