A Walk to remember for ages|Statistical Highlights from SCG Test 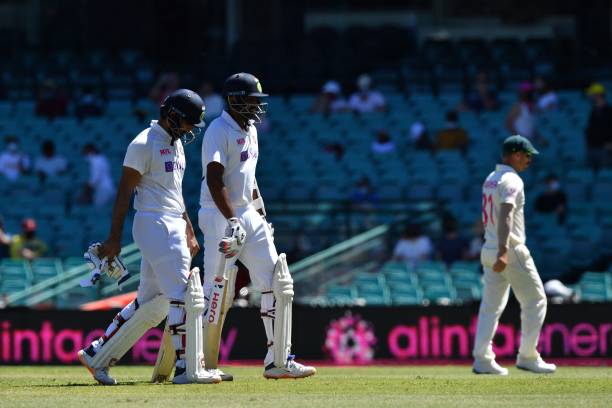 In the recently concluded Sydney test, four Indian batsmen faced 100 or more balls in the 4th inns. This was only the second instance in Indian cricket history. The other one was the 1992 Johannesburg test, when Ravi Shastri, Ajay Jadeja, Sanjay Manjrekar, and Pravin Amre each faced at least 100 balls with saving the test. If we reduce the band to 95 runs, then the SCG test is the only instance when five Indians batsmen faced at least 95. There are only two tests where five batsmen have faced at least 100 balls in the 4th inns. Coincidentally both tests were played down under.1) 1929 Adelaide test, Australia against England2) 2008 Perth test, South Africa against Australia

The 6th wickets stand between Hanuma Vihari and Ravichandran Ashwin was first ever 250 plus unbeaten stand in a draw test.

Hanuma Vihari who was struggling with hamstring played a gem of a knock No Indian has ever faced as many balls as Vihari and scored at less than his strike rate of 14.28

This was India’s 4th highest score in 4th inns of a away test to remain undefeated.

This was only second 250 plus stand by an Indian pair in 4th inns to save a test. The first pair to achieve this feat was Manoj Prabhakar and WV Raman , 270 run stand in the Auckland test of 1990.

Other remarkable feats from the match

This was only the fifth instance when Indian openers scored fifty-plus in each inn of the SENA test. The first in Australia since the 1968 Sydney test.

Ashwin Ravi dismissed Warner(13) lbw in his first over of the day. Where does this combination lies in spinner vs. LHB? Sydney Barnes, who could bowl both medium and leg break, is excluded from the list. Barnes dismissed Australian Men’s Cricket Team Clem Hill eleven times in test cricket. If we fix a criteria of min 10 wickets, Shane Warne and Ashwin are the only bowlers to achieve this feat. The overall list of bowler-batsman combinations is top by Atherton, who was dismissed 19 times by Mcgrath in 17 matches and 17 each by Walsh and Ambrose,11 times by Donald, and 10 by Warne.